PDR (paintlessdent repair) is a technique invented by Oskar Flaig in February 1960 during in New York City, while he was a member of staff at Mercedes. Several years later (in 1972), the PDR technique was presented in Argentina, in 1978 in Australia, in 1986 in North America, and in 1994 in Mexico.

PDR is a method of dent repair on vehicles. The method covers a wide range of damage which can be repaired without a paint job. It may be used on both aluminum and steel panels of automobiles as well as on motorcycle fuel tanks. The most common use of PDR technique is for repair of hail damage, door dings, minor creases and large dents caused by other factors. The success of a repair using PDR depends on the flexibility of the paint, the extent to which the metal has been stretched by the damage, and on the structure of the metal. 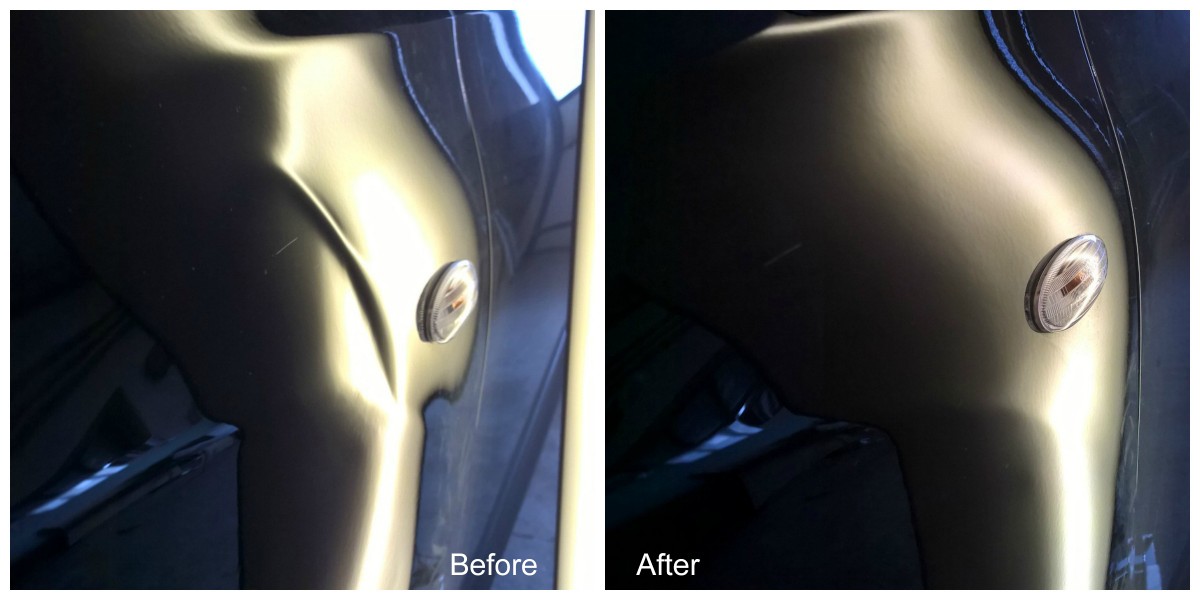 PDR can also be used for repair of greater damage, given that there is no cracking of the paint on the damaged area.

Where the damaged part of the body was repeatedly treated by painting, the paint may crack. As a solution, the technique can be utilized to prepare a damaged panel for repainting.

Repair is done so that the damaged parts are accessed after dismantling the linings on the inside of the vehicle. The damage is repaired by slight pressure using the system of levers. If the damage cannot be accessed from the inside, special glue and pullers are used and the repair is done from the outside. During repair, special LED lighting is used which ensures precise detection of damage and perfection of the repair, which means that the vehicle can be restored to its original condition without repainting.

The duration of the repair depends on the extent of damage to the vehicle. For minor damage, the repair is done in several hours, and for greater damage (especially hail damage) it takes one to three days.